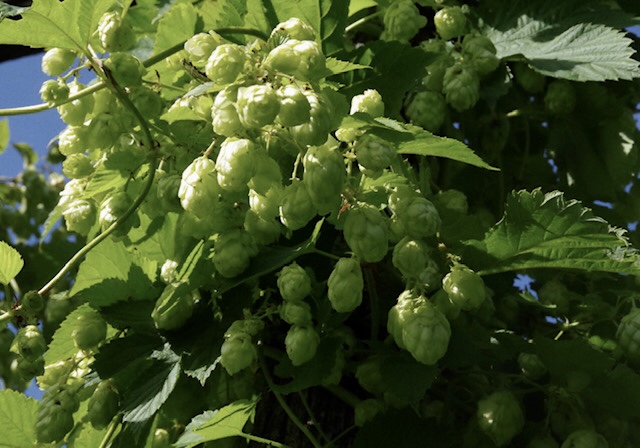 So this year, 108 years later, we have harvested a few for home brewers to try.  Only 6 x 100gm packs but when the Website Shop reopens on Monday 14th October, they will be available to purchase.  In the interest of fairness we have limited all heritage sales varieties to one packet per person. It would be fantastic to get feedback from anyone who brews with these British Heritage hop varieties, we’re on new ground and I cannot offer any advise at all. 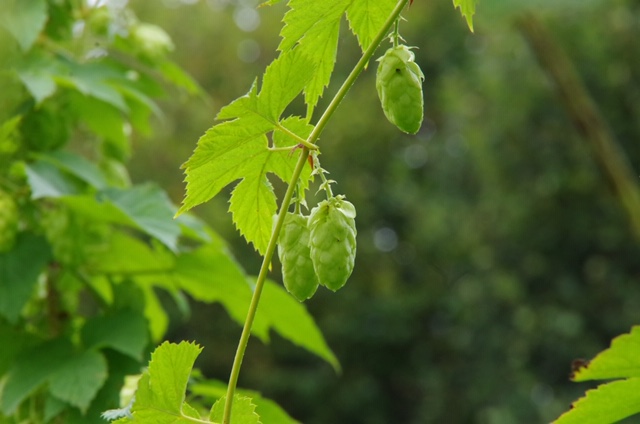 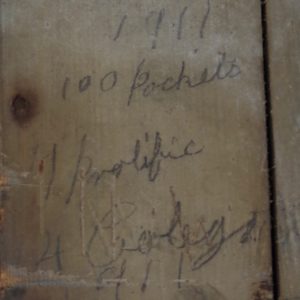 Colgate hop variety has small cones which gradually become oval as they mature.  They prefer heavy soil and are late ripening. We always understood them to be a small hop simply because it had been passed down by word of mouth within the family, but we did not know what they smelt like.  It reputedly had a coarse aroma which is not what we thought but ideas on the ideal hop aroma have change significantly since George Clinch wrote his book ‘English Hops’ in 1919. Warm up the oils of the dried Colgate cones between your hands and the aroma of sweet stone fruits in a traditional orchard, including apricot is what first hits you.  There is also a light floral scent in there with cloves, cinnamon and cedar.  This cedar so gentle it is like detecting a distant cedar forest on a cool summer breeze.  The lead aroma is definitely the stone fruits.  Sweet fruit is a surprisingly common aroma theme in several of these British heritage hop varieties.  Malling Midseason from 1943 for instance is berries, not 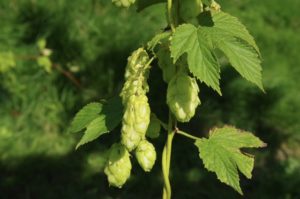 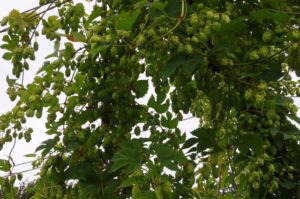 blackcurrants but the smell you get when warm ripe strawberries are at their summer best.  A thank you to Kate Hyde for helping out with this sniff test for Malling Midseason, but as with all these aroma tests it is very individualand therefore I try to get the opinion of as many people as possible.  With College Cluster dated 1943 everyone I asked at hop picking without exception said lemon or fresh lemon zest, with a bit more sniffing they said pine so I am happy to pass on that assessment. Malling Midseason was not picked this year, but if anyone using any of the other British heritage hop varieties has anything to offer that they can detect it  would be really fascinating to hear  your aroma assessments.  This is an ongoing project.These first impressions when they are sprung on people are really interesting when no-one has time to think.  The consensus for White Grape was green herbs, lemons, green peppercorns and mild spice.  Nonsuch from 1940 is another of our British heritage varieties. The aroma assessment for this came in with a citrus mix of lemon and orange zest, marmalade and herby sage. It made people think of mulled wine.  John Ford from 1944 and here the general opinion was again sweet summer berries but with orange peel, mild spice aromas and grass.We are really pleased to offer these British heritage hop varieties which are not commercially available and sincerely hope you enjoy brewing with them.So to end, this Colgate has nothing whatsoever to do with toothpaste, that is Colegate!  This British heritage hop was introduced by and named after Mr David Colgate of Chevening in Kent