Goldings hop variety for brewing dates back to the late 1700’s when Mr Golding found a hop he thought was something special. Today this variety is still one of the most famous and quintessential of English hops along with Fuggles.  Goldings is not one single hop variety but rather a family of almost identical sisters from Kent, with a strong family resemblance. Mathon is the exception in that this Golding heralds from the Hereford/Worcester hop growing region.  Each individually named Goldings hop variety for brewing generally got it’s name from the person who found it or the place where it was grown.

The Goldings family range across the harvest season, from early, mid to late season hops, this extension is very useful for the growers, but whether they are early or late, they all have one thing in common and that is their amazing aroma. It’s a distinct but very pleasant spicy bouquet underpinning the rest of the Golding aroma’s top notes,  which will give smooth sweet honey, earthy, spicy flavours to a brew.  Add in a little citrus with some floral notes, an occasional waft of lavender, to see why this superior hop variety is so delicious.  In this article on his blog Martyn Cornell gives a more in-depth article about them and lists some of his favourite beers using Goldings hop variety for brewing.

East Kent Golding (EKG) is the most well known and sort after member of this Golding family.  It stands slightly apart because it has also been granted a Protected Designation of Origin.  The EKG is the only British hop variety to be granted this honour so far.  They are the archetypical go to English hop, along with Fuggles and used world wide for late hopping as well as contributing a respectable bittering to the brew.  However, EKG is a distinct variety and considered just a bit superior when grown and harvested within this compact designated area of East Kent. The soil type and climate there provide the ‘terroir’ to produce this world class hop. It is mainly used to brew Pale Ales, American Pale Ales, Porters, Barley wines and and as I understand it, they are used in many Belgium Beers as well. 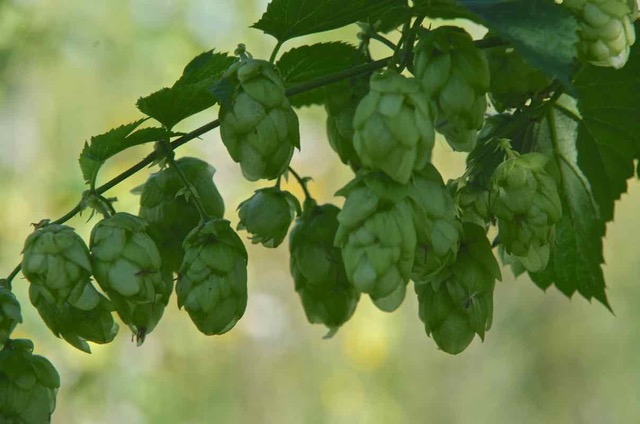 Continuing the ‘If hops were people’ series, then Goldings are the refined girls with naturally lovely characters. ‘Classy’ probably best describes them and nothing to do with being upper or lower class, they’ve just have charm!  If they went to Finishing school then they excelled, they are socially confident.  These are truly lovely girls are genuinely ‘nice’, so even if you tried, there is nothing to dislike.  They are positively not sweet sycophants.  Of course East Kent Golding is Queen Bee of the Goldings, her pedigree like other Goldings can be traced back to the late 1700’s to the Canterbury Whitebine but the Protected Designation of Origin has helped secure her status.

However, this Goldings charm belies a tougher inner core, that refined Goldings hoppy spice character gives us a clue to this inner no nonsense sparkle, after all they are Mother’s to some better known offspring.  How many people have specifically brewed with Petham Goldings, but they will be sure to have heard of her infamous daughter Chinook.  Other examples of this extraordinary family group, Canterbury Golding is mother to Northern Brewer, Bates Brewer to WGV, Bramling is the mother of Bramling Cross and Eastwell Golding is the Grandmother of Target.